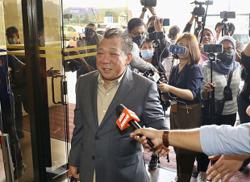 "Our main enemy is Warisan; they should not be allowed to make a base in Sabah and we must work with Gabungan Rakyat Sabah (GRS)," he said after the launch of Sabah Barisan’s "Blue Wave" gathering and Zone 5 election machinery in Sandakan.

He said GRS had shown support and keenness to work with Sabah Barisan in the coming 15th General Election.

However, he said Umno would leave it to Sabah Umno chairman Datuk Seri Bung Moktar Radin whether Barisan should win on its own all the seats or to wipe out Warisan by working with GRS.

"The idea is to win," he told reporters when asked about whether Umno should work with GRS that includes Parti Pribumi Bersatu Malaysia that is among its five component parties.

Sabah Barisan and GRS, led by Datuk Seri Hajiji Noor, are working together at the state level forming the state government.

Reezal Merican added that Sabah was an important state for Barisan to win Putrajaya.

"We leave it to Bung and Sabah Umno leaders to exercise their wisdom to ensure Barisan's victory and ensure Warisan don’t gain ground," he said.

Bung said that they were still in discussion with GRS on the sharing of the 25 state seats between Barisan and GRS.

"Once this is done, we will submit the list of potential candidates to Barisan chairman," he added.

He said that the negotiations were going well and would benefit both Barisan and GRS. 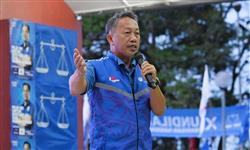