Lim (second from right) with dignitaries and other award winners.

MELAKA: A businesswoman shares her pain of facing discrimination on stage after emerging as the top three winners in the 2022 Junior Chamber International Creative Young (JCI) Entrepreneur Award.

Lim Pei Nei from Klang, Selangor shared the mental torture she went through when the mother of two first decided to expand her family trade to a digital platform, five years ago.

Attendees including the guest-of-honour for the ceremony - Hang Tuah Jaya Barisan Nasional chief Datuk Mohd Ridhwan Mohd Ali attentively listened to Lim's speech about how she had to endure discrimination and backstabbing when she started an online-to-offline marketplace for building materials and interior finishes.

The 28-year-old told the crowd that it's important to remain steadfast and confident even when facing severe adversity.

When met later, Lim said she had endured many obstacles and her reputation was smeared by her competitors when she first started.

"But I remained strong and received strong support from her spouse and family members despite facing discrimination from big players in the industry," she said after the award presentation at a leading hotel here on Saturday night (Oct 1).

Lim said a group of entrepreneur-friends also gave a lot of encouragement despite juggling her time between family and business.

Besides Lim, Tan Ting Jin of Reskill EdTech Sdn Bhd and Ker Chin Keong of E Health Sdn Bhd emerged as the top three in the finale of the young entrepreneur award. 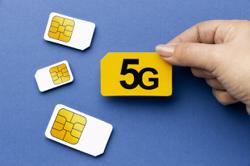