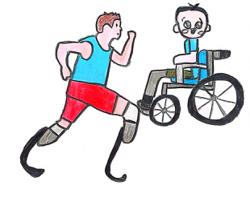 She said physical, sexual and emotional abuse against children is a form of violence that can threaten the safety and basic rights of a child.

"It will leave a lasting impression on the victims who not only suffer physical injuries but also emotional trauma such as depression, fear and confusion," she told reporters after the launch of the Eradicate Online Sexual Crimes Against Children Campaign here on Sunday (Oct 2).

She said with the availability of various online applications that are easy to download, parental control and monitoring is important to prevent children from getting caught up with a harmful situation.

"Information gathered by the police found 106,764 IP addresses registered in Malaysia have been sharing child pornography since 2017 until August this year.

"This shows an unhealthy development trend especially involving this group since exposure to child pornography leads to sex addiction which can bring harm and lead to other sexual issues," she said.

She said all parties, including parents, must cooperate and unite to increase children’s awareness on the need to use social media wisely and safely while highlighting the dangers of unmonitored social media in line with technological advancement. - Bernama