The danger of that ‘hypnotic’ stranger

A VETERINARY clinic in Seri Kembangan lost RM111 when an employee was supposedly hypnotised by a foreign customer, reported Sinar Harian.

Serdang OCPD Asst Comm AA Anbalagan said that the incident occurred when the female staffer was approached by a suspect wearing a face mask who attempted to buy RM11 worth of cat food.

The suspect approached the counter and showed a RM100 bill to the victim and then said he had no small change.

“However, the victim seemed to have been hypnotised and was seen (in CCTV footage) giving the man RM100.

“After the suspect left, the victim realised that the man had not paid the RM11 and she had lost RM100.

“The police recommend filing a complaint at the nearest station if there are other victims of such cases,” he said in a statement.

The clinic’s owner had released CCTV footage of the incident on social media, claiming that one of his employees was hypnotised, and his video went viral.

The owner said that the customer allegedly talked in a peculiar language that could not be understood, causing his employee to give him money without even realising it.

> The four-member girl group Dolla had drawn the ire of some Internet users once again for wearing revealing clothes when they recently performed at the Good Vibes Weekender’s music festival in Sunway Lagoon, Kosmo! reported.

Dolla, which consists of Sabronzo, Tabby, Angel and Syasya, appeared in red and black body-fitting attire that exposed their midriffs.

Some online users expressed their discontent with the group’s appearance, with comments on TikTok. “It seems that Malaysian musicians are allowed to wear and perform in this kind of attire, but when it is international singers’ turn, there will be a lot of rules and conditions,” one user commented. 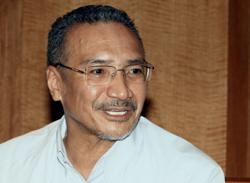