"We hope to increase the training capacity and offer more opportunities for candidates from the African Civil Aviation Commission (AFCAC) member states," said the Transport Minister in a Facebook post after a bilateral meeting with AFCAC secretary-general Adefunke Adeyemi at the International Civil Aviation Organisation (ICAO) headquarters in Montreal on Friday (Sept 30).

"I congratulated Adeyemi for her appointment as AFCAC secretary-general recently and reaffirmed Malaysia's support for the African member states that are competing for the ICAO council memberships.

"I am heartened to know that the effective Implementation of the Critical Elements in the African region has increased from contributions of member states to the Africa Safety (AFI Safety) and Africa Security and Facilitation Fund (AFI SECFAL plan).

Dr Wee also said Malaysia had contributed US$50,000 to the AFI Safety and the AFI-SECFAL plan respectively as more needs to be done to realise the targets established in the Global Aviation Security Plan (GASep).

"We agreed that both our countries should foster stronger working relationships to achieve global goals under ICAO's initiatives.

"I had offered Barbados training opportunities for its aviation and technical staff via the MTCP with customised training module based on the needs of its personnel.

Dr Wee said the country has expressed willingness to sign the Air Service Agreement (ASA) with Malaysia, with the details to be ironed out by a working committee.

In his bilateral meeting with Cameroon's permanent representative to ICAO Englebert Zoa Etundi, Dr Wee invited Cameroon to participate in the MTCP.

"Cameroon has its own training school on aviation safety and security and we look forward to more cooperation and collaboration in the future, including establishing an ASA between both countries," added Dr Wee. 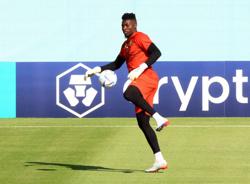 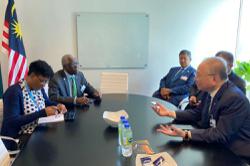