A BRICKLAYER’S daughter has become the pride of her state after winning the Miss Tamil Nadu 2022 pageant and advancing to the national Miss India competition, Malaysia Nanban reported.

It was a dream come true for Rakshya Manohar, 20, from Chengalpattu, who was never discouraged by her family’s poverty.

The aspiring beauty queen finished college and took on part-time jobs to prepare for the competition.

In 2018, Rakshya won a patriotism-themed Mono Acting competition organised by the Indian government.

In February, she won a district-level pageant organised by Forever Star India Awards before going on to the state-level competition earlier this month and winning the Miss Tamil Nadu title.

Rakshya’s background, determination and success have not only earned her fans from her home state but throughout the country.

The pupils were entered in two groups who developed two different Hungry Robots, which clean residences, offices and other areas autonomously.

Guided by the school’s science teachers, the teams won a silver and a bronze for their inventions at the competition organised by Penang STEM, which is under the state government. 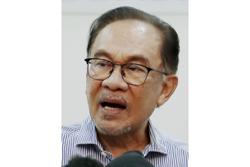