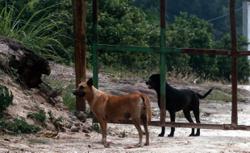 KUALA LUMPUR: The man who killed a dog by shooting it with a bow and arrow near a condominium here has been identified.

The police are now working to track him down and arrest him, said Wangsa Maju OCPD Supt Ashari Abu Samah.

“Rest assured, we are tracking down the suspect,” he said when contacted yesterday.

Police were alerted to the incident after a video of it started circulating on social media and WhatsApp last Friday.

The incident is believed to have occurred near a condominium in Wangsa Maju here on Sept 21.

The 23-second video shows a man clad in jeans and black jacket aiming a bow and arrow before releasing several shots.

He can be seen squeezing through parked cars and motorcycles in search of stray dogs.

As he releases a final shot before the video stops recording, a dog can be heard yelping.

The video ends with the image of a bloodied dog lying on the road, with an arrow in its mouth.

Supt Ashari previously said that while it was not illegal to own or carry a bow and arrow, it should not be used in any acts which are against the law.

He pointed out that in this instance, it could be an offence categorised as animal abuse.

Activists said it was not the first time that an animal had been shot with an archery-type weapon, while social media users questioned the sale of bows and arrows to the public. 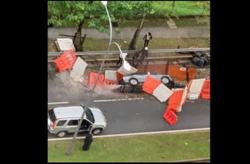