MELAKA: Another claim of child abduction, this time at Bukit Rambai here, has turned out to be false and police are now looking for the culprits who started the rumour.

“We have opened an investigation under Section 505(b) of the Penal Code for circulating a statement, rumour or report with intent to cause fear or alarm to the public,” he said here on Wednesday (Sept 28).

Earlier, voice messages from two men were circulated on social media claiming that a primary school pupil had been kidnapped by a group of men who bundled the child into a van.

In one message, a man claimed that the child was returning from school on Tuesday (Sept 27) when the abduction occurred just a stone's throw from home.

The messages also claimed that the child's father witnessed the kidnapping and lodged a police report after he gave chase but failed to stop the perpetrators from getting away.

The messages triggered a flurry of responses, with many commenters urging police to act quickly and rescue the child.

Concerned parents also contacted The Star. Upon checking with the police, it was learnt that no kidnapping cases had been reported in the state recently. 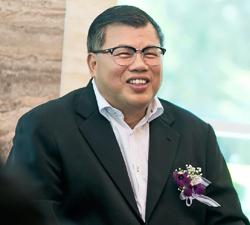