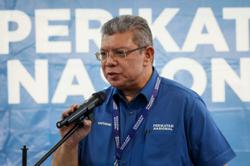 He said during the meeting, enforcement agencies have presented the results of the investigation, outlining technical coordination and mobilising inter-agency operations not only to rescue victims, but to bring the syndicate criminals to justice.

"The committee will also cooperate closely directly with agencies in the countries involved so that operations can be carried out quickly and accurately," he said in a Facebook posting after chairing the virtual meeting with the Malaysian diplomatic missions in Yangon (Myanmar), Phnom Penh (Cambodia), Songkhla (Thailand), Manila (the Philippines), government departments and enforcement agencies.

Prior to this, Saifuddin was reported to have said the Cabinet meeting had agreed to establish a special committee to deal with job scam syndicate cases involving Malaysians.

He was reported to have said that his ministry had received reports of Malaysians being victims of job scam syndicate in Cambodia, Laos, Myanmar and Thailand.

Saifuddin said the government via the foreign ministry, as well as Malaysian diplomatic missions abroad, will remain committed to strengthening efforts to rescue the victims and bring them home safely. - Bernama 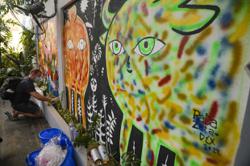