RM90mil too paltry a sum to 'buy' PAS, says Hadi 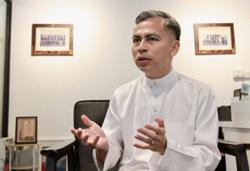 PETALING JAYA: PAS is not a party that can be "bought", let alone for a mere RM90mil, says its president Tan Sri Abdul Hadi Awang in denying allegations that it received that amount of money from Umno.

“PAS will not budge even though its government in Kelantan was denied the right to petroleum royalties and billions of ringgit were (taken) from Terengganu.

"PAS did not bow down and accept defeat. In fact it is too cheap if (they wanted to) buy PAS with RM90mil,” he said in his Minda President PAS journal entry on Tuesday (Sept 27).

He added that if PAS had been given that amount, it would have invested it and obtained returns 10 times over.

"PAS has enough funds contributed by its members, some of whom are wealthy, although the majority are not wealthy,” he said, adding that these contributions enabled it to contest in elections around the country.

He added that PAS had managed to govern three states and become part of the Federal Government.

ALSO READ: Nik Abduh: Hadi gave me his blessings to deny it was me on recording

“If the RM90mil (story) was true, PAS would be able to control the whole country,” he said.

With RM90mil, he added, PAS would have been able to counter Pakatan Harapan which had funds to splurge on social media campaigns to "spread lies".

The Marang MP said PAS could not afford social media campaigns to begin with.

Also on Tuesday, Abdul Hadi said in a Facebook post that the party’s integrity remained intact although there were claims that it received funds from Umno before the 14th General Election in 2018.

The report followed DAP chief Lim Guan Eng's call for Abdul Hadi to explain the RM1.4mil settlement with Sarawak Report editor Clare Rewcastle Brown in his defamation suit against her.

On Feb 1, 2019 Abdul Hadi opted for an out-of-court settlement with Rewcastle Brown, whom he sued for libel over an article published on Aug 6, 2016 alleging that the party received RM90mil in bribes from Umno. 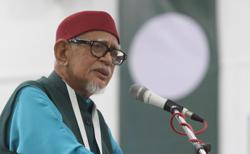