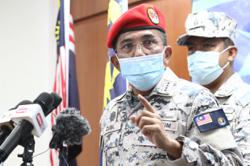 PETALING JAYA: The Public Accounts Committee (PAC) has agreed to begin proceedings on the issue of the three offshore patrol vessels (OPVs) that have yet to be handed over to the Malaysian Maritime Enforcement Agency (MMEA).

PAC chairman Wong Kah Woh said MMEA and the Home Ministry would have to explain to Parliament the reasons for the delay.

“In the PAC meeting today, it was decided that MMEA and the Home Ministry must explain to Parliament why the delay has happened.

“PAC will also call the Finance Ministry and the company which was given the contract to build these OPVs.

“The dates of the proceedings will be decided upon later,” said Wong in a statement yesterday.

Earlier in August, it was reported that the OPVs for the MMEA have yet to be delivered.

In a statement on Sept 13, MMEA director-general Maritime Admiral Datuk Zubil Mat Som said the three ships, which were supposed to be completed in 2020, are still under construction by local company, THHE Destini Sdn Bhd in Pulau Indah, Klang.

“The Covid-19 pandemic also contributed to the project delay,” he said, adding that OPV 1 was supposed to be launched to water on Sept 13, but it couldn’t be done as the ship could not be transported to the launch location.

“The company will change the launch method from launching cradle to air balloon launch, which is expected to take place on Oct 10,” he said in the statement.

MMEA had been scheduled to receive at least one of them this month after the government gave an 18-month extension to the company to complete all three vessels. 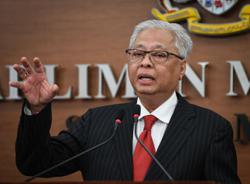 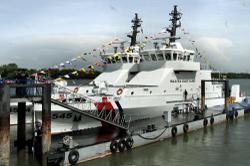