High price to pay for fame 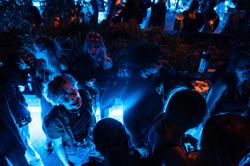 PETALING JAYA: Fame is the reason some people are compelled to share sensational content online, even risking their well-being to do so, say psychologists.

University of Cyberjaya Dean of the Faculty of Psychology and Social Sciences Assoc Prof Dr Anasuya Jegathevi Jegathesan, said the mindset behind it was called sensation seeking.

“There are individuals with higher needs for sensation than others.

“They look for adrenaline highs and, like any drug, the more frequently you get high on adrenaline, the higher the need to get attention.

“Some people tend to get a little bit more drawn to adrenaline than others, and will seek out activities that are very dangerous,” she said.

She said the young were most at risk of such behaviours, adding that both introverts and extroverts had been known to seek this thrill.

“Some of the quieter people may do it as a way of self-expression, and the more outgoing people may also do it.

“The biggest indicator of that is the need for attention, and quite frankly, it can be anyone,” she said.

Anasuya said that the online community fed their needs for support and admiration, thus encouraging them to create more content to get that validation.

“It doesn’t matter whether they are an introvert or an extrovert; when people are saying online, ‘Oh wow, what you’re doing is so amazing’, they will be encouraged to do more and more,” she said.

Anasuya said the young, in particular, had been known to keep pushing the limit as they believed that they would not come to any harm.

“It’s the same reason why the death rate for young people with cars is higher.

“They think that it will not happen to them, so they keep pushing the envelope. The sense of invincibility when you’re young is a nice feeling, but it’s dangerous,” she said.

“It can be a form of addictive behaviour coupled with intermittent reinforcement when they get a response.

“On the other hand, receiving negative responses on social media can affect them to the extent of depression and even suicide,” he said.

He said a red flag when a person needed help was when the addictive behaviour caused personal, interpersonal, and functional problems.

He advised parents to monitor children’s access and usage of social media.

“Limit the time at least until they are 18, and insist on having access to their accounts if necessary.

“Social media, if used for the right reason and the right way, is very good,” Dr Jambunathan said.

Some social media users are literally risking their life and limb for clicks, likes, followers, and even income.

One such instance was when a teenager at an Indonesian zoo jumped over the guardrail to film himself taunting an orangutan in May this year.

He was walking close to the orangutan’s cage and holding out his hands to the primate when it grabbed his shirt through the bars.The shocked 19-year-old, identified as Hasan Arifin, struggled to break free from the stranglehold of the orangutan.

He was pulled to safety by a friend, and publicly apologised later. While Hasan lived to tell the tale, there have been others who were less fortunate.

In July last year, crane operator Xiao Qiumei, 23, who often shared videos of her career on social media, fell to her death while recording herself.

Another influencer, Sofia Cheung, 32, of Hong Kong, fell to her death in July last year while snapping a selfie next to a waterfall.

In 2018, a 29-year-old Malaysian student fell to his death in Taipei, Taiwan, while taking selfies dressed in a Spider-Man costume.

Besides animals and heights, people are also putting themselves through harm by reckless eating.

In January last year, Chinese mukbang (eating broadcast) streamer Sun Yixuan, famed for binge-eating unhealthy food, passed away at the age of 19 from a cerebral haemorrhage.

In 2019, a Japanese YouTuber choked to death on onigiri (rice balls) while doing the “Onigiri Challenge” during her live broadcast.

On Monday, The Star published a report on influencers who face emotional and psychological problems due to their constant push to gain more followers on social media. 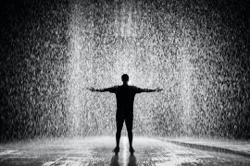 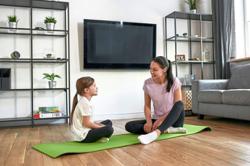