KOTA KINABALU: Parti Warisan is determined to not only defend its parliamentary seats in the 15th General Election (GE15) but also recapture seats it lost due to party hopping, and win five new seats in addition.

Its vice president Terrence Siambun said the seats it will defend are Semporna, Penampang, Kota Belud, Sepanggar, Papar, Kalabakan and Labuan; while the two seats it is seeking to recapture are Lahad Datu and Batu Sapi.

These five seats were considered especially vital, as they are pivotal to the state's socio-economic progress, he added.

For example, he cited Sipitang's timber resources and Kimanis' natural gas production, but claimed the benefits of such activities were not currently being enjoyed by Sabahans.

Furthermore, he said, Kudat had huge potential as a trade and business hub for the state; Sandakan was once a well-known international trade centre which helped open doors to Hong Kong and China; and Keningau was historically important as it was where locals in Tambunan fought beside Mat Salleh in 1900 to oppose unfair taxation.

Siambun said the party would not stop at just these seats, but dedicate its machinery to winning other constituencies in GE15.

With these strategies and parliamentary seats in mind, he said Warisan had no problem with the Chief Minister’s recent statement that the Gabungan Rakyat Sabah (GRS) government has no intention to dissolve the state assembly if GE15 is called.

“I think we know this is because GRS wants to stay in power, similar to GPS governance where all local parties are managing Sarawak,” Siambun said.

He said GRS would support any party or coalition that forms the Federal Government after GE15.

ALSO READ: State assembly will not be dissolved for polls, says Hajiji

Siambun claimed GRS was not forceful enough in making its stance clear when demanding for state rights from Putrajaya.

He urged the people of Sabah to use Warisan as "insurance" by ensuring that the party wins the seats it is targeting so that it can provide strong checks and balances at federal level to the state government. 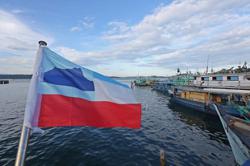 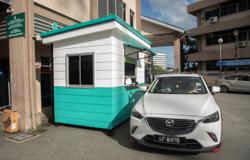