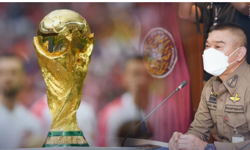 DJ Chan Fung has lodged a police report after he discovered that an illegal online gambling service had edited parts from his live broadcasts into a promotional video for its gambling services without Chan’s knowledge or consent.

PETALING JAYA: DJ Chan Fung has lodged a police report after he discovered that an illegal online gambling service had edited parts from his live broadcasts into a promotional video for its gambling services without Chan’s knowledge or consent.

In the video, segments of Chan’s voice from his live 988’s City Heartbeat broadcast radio show were taken out of context and compiled into a few convoluted lines that falsely depicted the DJ as endorsing gambling.

The video also contains publicly available pictures of Chan from several years ago in an dodgy attempt to add false credibility to the video.

"Chan Fong has clarified that he has never encouraged nor advised his listeners to gamble during his shows or anywhere else and that he advises all of his listeners to not heed any promotional videos that might misleadingly depict him as promoting gambling.

"Since 2010, DJ Chan Fong has always given his best advice for solving his listener’s life difficulties.

"Everyone can rest assured that while his responses might vary, he will always clearly identify any problems and provide a reasonable solution which would never involve promoting negative practices like gambling," the radio station stated.

The radio station also voiced their concerns that scammers were becoming more bolder and advanced in their methods to cheat people of their money while tarnishing the reputation of celebrities without the celebrities’ knowledge and urged the public to be more wary of advertisements that are too good to be true.

"Most of us don’t expect to fall victim to scams, but the reality is that this could happen to anyone when they least expect it.

"The scammers’ modus operandi has shifted from being no longer face to face but going virtual with the scams having evolved to be more complicated and hi-tech, making them more convincing than ever before.

"Chan also expressed his concern about the mushrooming of online gambling sites and its increasing exposure and ease of accessibility to the public, especially the youth," the radio station said.

988 FM also added that it would use all available legal measures and actions to investigate and press charges against those responsible for copyright infringement. 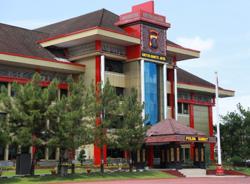