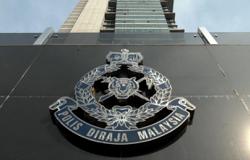 Inspector-General of Police Tan Sri Acryl Sani Abdullah Sani said Comm Hazani, who is also Bukit Aman internal security and public order department director, would mobilise and lead the operation to ensure the safety of all during the elections.

"I have the utmost belief that under Comm Hazani, all departments will be mobilised strategically to preserve safety and public order for the elections," he said in his speech during Bukit Aman's monthly assembly on Monday (Sept 25).

He also reminded all officers and personnel to always be alert and understand their responsibilities.

"All involved must be equipped with knowledge on jurisdiction accorded to the police under the Election Offences Act 1954 and other relevant laws.

"All officers and personnel must carry out their duties professionally to prevent any negative implications that might tarnish the reputation of the police.

"We must learn to control our emotions, mind our words and maintain a high level of professionalism, especially when dealing with provocative situations.

"We must be transparent when dealing with issues involving political parties," he said.

The IGP said Bukit Aman would optimise its machinery with systematic planning to ensure peaceful elections.

"At the same time, our core role to preserve safety and public order will not be forsaken.

"The country is not fully safe yet from Covid-19 so all police personnel must adhere to standard operating procedures (SOP) to prevent spread of infection," he said.

Meanwhile, Acryl Sani said the 2021 floods had tested the preparedness of security forces, including the police.

"We hope for the best but prepare for the worst.

"I have instructed all state contingents, formations, brigades and districts to be at a high level of preparedness," he said, adding that improvements had been made to ensure police response is more effective and aid is provided in time. 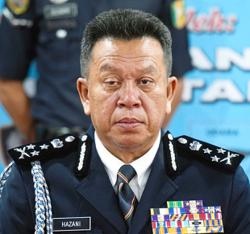 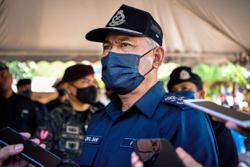