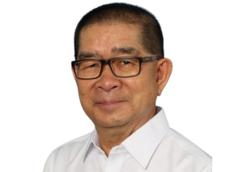 The handing over of the boats and engines worth RM62,000, was officiated by Minister in the Prime Minister's Department (Religious Affairs) Senator Datuk Idris Ahmad (pic) at the Tawau Fire and Rescue station here.

"It is hoped that these assets can be used by the Department to carry out rescue work more efficiently during the flood season, especially in remote areas that are difficult to access with the existing large boats,” he said when speaking at the event.

Idris said that from 1985 until August this year, Yapeim had distributed funds totalling RM800 million through its trust fund to benefit 8.24 million recipients nationwide

"Through the administration centre of Sabah Yapeim, various donations have been distributed to those in need, such as food banks, Sinar Kasih, Inspirasi Prihatin YaPEIM, entrepreneurial assistance and others,” he said.

He also reminded all agencies involved to go down to the field to identify people who need assistance, especially the poor and the needy, so help can be dispatched speedily.

Meanwhile, Tawau Zone Fire Superintendent, Jasri Ab Jal, said that the new boats will enable JBPM to carry out their missions more effectively, and are a timely logistic boon for firefighters and rescuers on duty in flood-prone areas.

"Even though floods occur more frequently in Sabah, and are not as drastic as in the Peninsula, we still need the boats for these exigencies,” he said. - Bernama