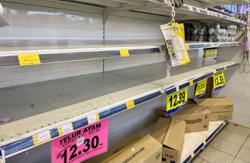 KUALA NERUS: The recent shortage in the supply of chicken eggs at several areas in the country was only temporary, says the Domestic Trade and Consumer Affairs Ministry.

Its secretary-general Datuk Azman Mohd Yusof said the problem had been successfully resolved in a short time as a result of cooperation with the Agriculture and Food Industries Ministry.

He added that technical problems such as slow delivery and orders that were not made on time were identified as the main causes of the problem.

"It is true that recently, there was a shortage of chicken eggs in several areas such as Langkawi, Hulu Terengganu and Jerantut, but our law enforcers immediately went down to investigate after receiving information.

"Problems have been successfully and quickly resolved. For example, if there was a complaint of a shortage of eggs in the morning, the supply was back in the afternoon,” he said after inspecting the Keluarga Malaysia Cheap Sales Programme in Seberang Takir here Sunday (Sept 25).

In another development, Azman said the implementation of the programme in 2,000 locations nationwide has successfully benefited 3.4 million low-income people.

He said it helped to some extent to ease the burden of the people who were affected by the increase in the price of goods and the cost of living.

"As of July 31, the programme recorded RM63mil in sales nationwide and in Terengganu alone, as of Sept 18, RM2.5mil in sales was recorded.

"I was also informed that each state constituency in Terengganu has been allocated RM25,000 per month to implement the programme twice a month from Aug 15 to December," he said. - Bernama 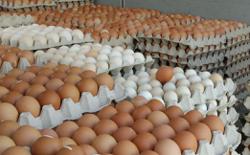