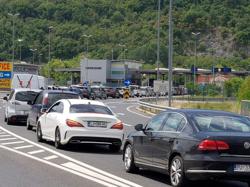 KUALA LUMPUR: Malaysia, in principle, supports the aspirations of the Bucharest Declaration on ‘Building a Better Digital Future for All’ which affirms the country’s collective commitment to universal connectivity and sustainable digital transformation.

Communications and Multimedia Minister Tan Sri Annuar Musa (pic) said it has been Malaysia’s top priority to accelerate the deployment of a robust network and prepare the nation for the transition to the digital economy and to this end, it has declared communications as a utility, similar to water and electricity.

"We have also launched high-level national agendas under the Malaysia Digital Economy Blueprint (MyDigital) and National Digital Network (Jendela) to ensure coverage and quality of broadband to transform Malaysia into a digitally-driven, high-income nation and a regional leader in the digital economy.”

He said this during the Ministerial Roundtable session at the International Telecommunication Union Plenipotentiary Conference 2022 (ITU PP22) in Bucharest, Romania.

However, Annuar said while ensuring universal access, and equitable and inclusive use of telecommunications and ICTs towards digital transformation to empower people, the access and adoption of digitalisation for the micro, small and medium enterprises (MSMEs), particularly in developing economies, needed to be addressed.

"Hence, a major part of digital transformation in Malaysia involves driving the active e-commerce adoption and digitalisation of our MSMEs. The digital economy is a primary component of Malaysia’s economic strength,” he said.

Currently, the digital economy contributes 22.6 per cent to the national gross domestic product (GDP) and is expected to reach 25.5 per cent by 2025.

Annuar said to drive the digital economy contribution, the government had introduced the National eCommerce Strategic Roadmap (NESR) 2.0 to facilitate cross-border digital opportunities that prioritised participation of local businesses and MSMEs in eCommerce, targeting 875,000 MSMEs to adopt eCommerce by 2025.

"It is Malaysia’s view that universal connectivity and sustainable digital transformation go beyond rolling out enabling infrastructure and technologies.

"We are committed to working together towards realisation of the five commitments and the 10 key principles, outlined in the Bucharest Declaration on Building A Better Digital Future for All,” he added.

Annuar is leading the Malaysia delegation at ITU PP22 in Bucharest, Romania from tomorrow until Oct 14.

ITU PP22, which will be participated by 181 countries, is very special and significant for the country as Malaysia will bid for a seat in the ITU Council under Region E (Asia and Australasia) for the 2023-2026 term.- Bernama