ISKANDAR PUTERI: Forming a special committee to discuss the anti-party hopping law when the enactment has already been passed at the federal level is a waste of time and resources, says a Barisan Nasional assemblyman.

Anuar Manap (BN-Pemanis) said he does not deny the importance of the anti-party hopping law but feels that forming such a committee at this juncture is unnecessary.

“The anti-party hopping Bill has already been presented, debated at great lengths and passed by the Dewan Rakyat on July 28 with an over two-thirds majority and later by the Dewan Negara on Aug 9 in two rounds of bloc voting.

“The constitutional amendment, gazetted on Sept 6, is now waiting for the Yang di-Pertuan Agong to bring the matter into a meeting with the Conference of Rulers in order to obtain royal consent.”

He questioned whether Opposition assemblymen, who brought the motion to set up such a committee, understood the process of lawmaking.

“There is a specific legal process to go through in accordance with the Federal Constitution, Law of the Constitution and Constitution Act (Amendment) (No.3) 2022. There are no shortcuts to the process,” he added.

The motion, brought by Marina Ibrahim (DAP-Skudai), was rejected by the majority of the 56 assemblymen.

The motion called for a special committee to be formed to conduct research and provide recommendations regarding the anti-party hopping enactment at the state level.

The motion only received support from 13 Opposition lawmakers, with 37 assemblymen from Barisan voting against.

Later, at a press conference, state Barisan chairman Datuk Seri Hasni Mohammad said that Johor Pakatan Harapan elected representatives should have referred to their national leaders about the anti-party hopping law if they had not understood it.

“Prior to the tabling of the Bill, Minister in the Prime Minister’s Department Datuk Seri Dr Wan Junaidi Tuanku Jaafar held a series of discussions.

“Even Pakatan parties such as PKR, DAP and Parti Amanah Negara were also part of the discussion before the Federal Government tabled it,” he said. 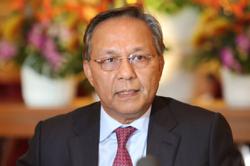 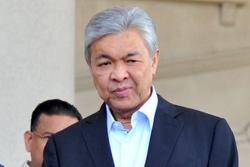