NEW YORK: Here’s something about the United Nations General Assembly (UNGA) you may not know. Every year since 1955, Brazil has been the first nation to address the assembly.

This has become a tradition of sorts ever since Brazil volunteered to do so when no other country wanted to speak first.

From then on, the South American nation has always held the first slot, now a coveted position because of the opportunity to set the tone for the debate.

Here’s another little-known fact: World leaders are given about 20 minutes to deliver their speeches.

But the longest speech made to the general assembly, clocked in at 269 minutes, was said to have been delivered by Cuba’s Fidel Castro in 1960.

It is not just presidents and prime ministers whose speeches at the UNGA would draw global attention. Artistes, too, have gained their fair share of fame on this platform, if not more.

South Korean megastars BTS’ appearance at the general assembly last year was undeniably the one that was most anticipated by the public.

How else can you explain the one million people who tuned in when the group took to the podium?

(As of yesterday, the group’s performance of their hit song Permission to Dance at last year’s UNGA has fetched 28,913,279 views on YouTube.)

After two years of virtual and hybrid summits, no thanks to Covid-19, world leaders have begun to converge at the edge of the East River once again.

With UNGA back, so is the notorious gridlock nightmare in midtown Manhattan, with road closures, traffic diversions and disrupted bus routes that will befall residents and workers of New York City, though one can assume they have gotten used to the annual inconveniences.

On the back of this annual gathering is economic instability, geopolitical tension, a climate crisis and the aftermath of a pandemic.

United Nations secretary-general Antonio Guterres has described the general assembly as being held “at a time of great peril”.

“Our world is blighted by war, battered by climate chaos, scarred by hate and shamed by poverty, hunger and inequality,” he said.

Calling for a “coalition of the world” to overcome divisions and provide hope in place of turmoil, Guterres described the world as being in “big trouble”.

“We need hope, we need action across the board,” he said.

Over the next few days, world leaders are expected to echo similar concerns and address issues whose ramifications do not just affect their respective countries but the world at large.

Brazilian President Jair Bolsonaro kicked off the high-level debate by pointing to the importance of domestic actions as the foundation for addressing global challenges.

The Philippines’ President, Ferdinand Marcos Jr, who was the country’s first leader to physically attend the summit in eight years, spoke on climate change, aside from economic recovery and the rule of law.

For Malaysia, the 77th session of the UNGA will serve as an opportune time not just to share experiences in dealing with global challenges but also to offer solutions to conflicts and issues plaguing the world.

(Incidentally, Malaysia, then Malaya, was admitted as the UN’s 82nd member on Sept 17, 1957, merely days after gaining independence on Aug 31.)

He is expected to address the general assembly at late afternoon today (early morning tomorrow in Malaysia). 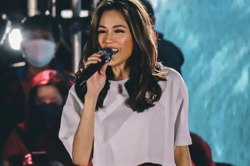