Prasarana looking for Malaysians to give feedback on its transport infrastructure 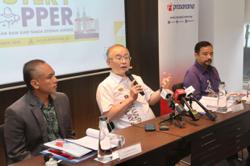 KUALA LUMPUR: Prasarana Malaysia Bhd is enlisting the help of the public in a systematic manner to uplift the operations and maintenance standards of its infrastructure and facilities.

The owner and operator of several key public transport infrastructure and facilities in Malaysia, such as the MRT, LRT, monorail, Sunway bus rapid transit, and a large fleet of stage coaches under its Rapid KL brand, said it is committed to enhance its customers’ experience when using its network.

“Arising from several issues highlighted by public transport users over the state of maintenance of our facilities, as well as preparedness of our train stations and bus hubs, Prasarana has been tasked with creating a comprehensive approach in ensuring its facilities are in tip top condition,” said Transport Minister Datuk Seri Dr Wee Ka Siong at a press conference to invite more Malaysians to give systematic feedback on land public transport infrastructure by becoming “mystery shoppers”.

User complaints include broken escalators and lifts, a feedback that became increasingly common as more people headed back to work and other activities following the loosening of Covid-19 control measures along with high levels of community vaccination.

“The main thrust of the government when it comes to user-friendly public transportation is to provide convenience through a network that is planned, safe, efficient, responsive, and sustainable. To achieve this, user experience is an aspect that must be emphasised, and is one of the factors that will catalyse the growth of ridership.”

Prasarana formed an audit committee in June to look into the preparedness and worthiness of transport hubs, with the committee called Akses. Ready for the task: Dr Wee sharing a light moment with some of the mystery shoppers at the press conference. — LOW BOON TAT/The Star

“Akses includes self-appraisals by station and facility managers on its 147 train stations and 10 bus hubs every quarter, looking into things like cleanliness, lighting, signage, as well as lifts and escalators, among others,” said Dr Wee.

The first Akses audit, conducted in August, found that 74% of the stations were in good condition, with average grading at 2.82 out of 3 marks.

Nonetheless, areas for improvement mainly revolved around lighting, cleanliness of toilets, leakages and water ponding at station buildings, along with the conditions of lifts and escalators.

Dr Wee said to raise the bar higher, Prasarana had rolled out what it called its Mystery Shopper Programme, where selected public transport users were asked to “audit the station managers”.

The “independent auditors” – six of them for the maiden round – go around anonymously (hence “mystery shopper”) to verify the self-assessment done by Prasarana’s managers and supervisors under Akses.

“The Transport Ministry will monitor the improvements and conditions diligently, and we will also be directly involved in the Akses committee to ensure things go smoothly,” he added.

Those who are interested in becoming an auditor of the Prasarana network can get more details from the PULSE app on Google Play or App Store, or from https://myrapid.com.my/ 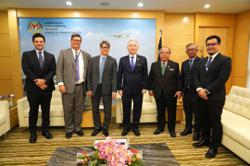 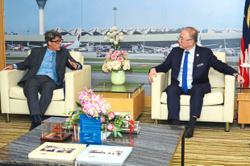