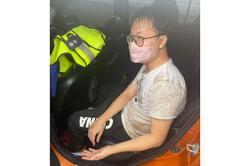 KOTA TINGGI: A 33-year-old Singaporean man is missing after going for a hike at the Hutan Panti Forest Reserve here.

Kota Tinggi OCPD Supt Hussin Zamora said that the victim is identified as Jason Ren Jie and is believed to be lost in the woods.

“We received the reports at 3.26pm on Saturday (Sept 17) from a local man regarding the case. A team from the Batu Ampat police station was then deployed to the scene to help with the search and rescue operation,” he said in a statement on Sunday (Sept 18).

Personnel of the Fire and Rescue Department and the Johor Forestry Department are also participating in the operation.

“As of 11.30pm, we have not managed to locate the victim and the operation was postponed due to the poor visibility and will be continued today (Sunday).

“Those who commit this offence can be fined not exceeding RM10,000 or jailed for not more than three years or both, upon conviction.

“The search and rescue operation will be continued at 8.30am,” he said, adding that it is important that those who wish to go for a hike make their intentions known so that it would not create a problem for the authorities in case of an emergency.

“We would like to strongly advise those who come to apply for a permit and hire a mountain guide. Those with no experience in the forest are forbidden to go for a hike alone,” he said.

The victim was hiking together with his local friend, Teng Jih Bao, 35, who started their climb at 11.30am before noticing his friend was missing, he said.