GE15: Sabah and Sarawak’s position to be strengthened if BN comes to power, says Zahid 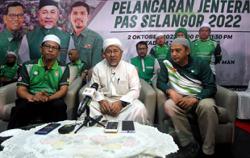 PETALING JAYA: Umno has promised to further strengthen Sabah and Sarawak’s position in accordance with the spirit of the 1963 Malaysia Agreement, should the party return to full power.

He said there were many more developments that were planned in the states.

"Congratulations also to Sabah who received the third largest amount of investments in the country with foreign direct investments (FDIs) projected to exceed RM7bil this year.

"This shows that Sabah and Sarawak have great potential to develop together with other states in the country," he said in a Facebook post in conjunction with Malaysia Day.

He called on Malaysians to continue to work hard to preserve unity, harmony and social wellbeing.

"Regardless of our differences of opinion, we are still a united country.

"As a country of various ethnics, religious and regional backgrounds, all of us, including political leaders, should not make sensitive statements that can upset each other.

"Indeed, Malaysians are mature and rational. At the same time, the differences between us must be celebrated," he added. 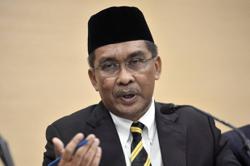