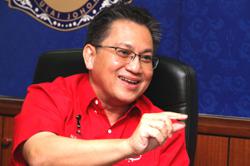 He said MIC was not afraid and was willing to face any challenge to ensure that Barisan Nasional can wrest back the seat in GE15.

“As such, I am taking on Nur Jazlan’s challenge by offering myself as a candidate to contest the parliamentary seat,” he said in a statement Sunday (Sept 4).

Calling himself a Kampung Pulai boy, Deva said he has been a Pulai resident for 25 years where he was familiar with the local communities including residents' committees, parent-teacher associations, NGOs as well as temple and mosque committees.

He said he was also a civil servant aside from being a registered Pulai voter and a member of the state Barisan and MIC committees.

Deva added that he was confident that his 22 years of experience in social work, politics, government and non-governmental issues in various parts of Johor, could win over the hearts of voters in Pulai.

Nur Jazlan, who is also the Johor Umno deputy chief, previously commented that Umno can no longer depend heavily on Barisan component parties such as MCA and MIC to make big contributions in GE15.

His remark led MIC deputy president Datuk Seri M. Saravanan to hit out at him, calling the former MP someone who was quick to “lash out and was not self-aware” (cepat melatah dan tidak sedarkan diri).

Nur Jazlan then challenged Saravanan to contest in Pulai in the upcoming general election after MIC president Tan Sri SA Vigneswaran expressed desire for the party to contest 12 parliamentary seats in GE15. 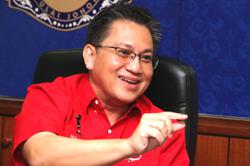 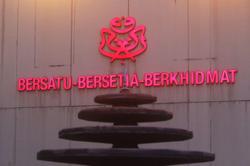