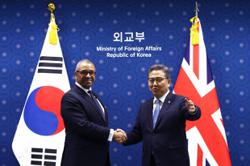 PETALING JAYA: Royal Canadian Navy (RCN) warship HMCS Winnipeg is making a return to Malaysia after five years, with the naval vessel set to be docked at Port Klang for a week.

In a statement on Friday (Aug 26), the High Commission of Canada in Malaysia said this is part of the RCN’s goodwill visit to Malaysia and also Canada’s defence engagement efforts in the Indo-Pacific region.

“This goodwill visit to Malaysia further demonstrates the friendly relations between the two countries.

“The visit also reflects Canada’s commitment to its vibrant partnerships in Asean and the broader Indo-Pacific region,” the statement read.

HMCS Winnipeg, which last visited Malaysia in 2017, will arrive on Sept 14 and will be docked at Port Klang until Sept 20.

The High Commission said the warship is deployed to the Indo-Pacific region from June to December to carry out forward naval presence operations in the region, conduct cooperative deployments and participate in international naval exercises with allied and partner nations.

“The RCN has a long history of deploying around the world in peacetime and during conflicts.

Named after the Canadian city Winnipeg, the ship will be making port visits to five Asean countries.

The HMCS Winnipeg has 225 sailors and is the sixth of 12 Halifax-class frigates of the RCN. 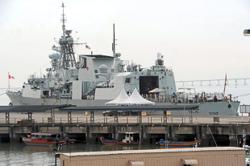