Abdul Halim’s daughter, Ahlaami, when contacted by Bernama, said that her father died of a lung infection.

"InsyaAllah, the funeral prayers will be held at the Saadatul Ikhwan Mosque tonight, before the burial at the Banggol Muslim Cemetery after the Isyak prayers,” she said.

He added that Abdul Halim was also a figure who made great contributions to Kelantan and became one of the important figures from the beginning of the administration of the state government under the Islamic Development Policy.

"The late Abdul Halim also previously served as a people's representative, starting as an assemblyman for Banggol from 1986 to 1995.

"He was also the Kijang assemblyman from 1995 to 2004, in addition to holding the position of member of Parliament for Pengkalan Chepa from 2004 to 2013, and was also the former treasurer of Central PAS,” he said in a post on his Facebook page today.

Ahmad said that the state government conveyed its deepest condolences to the family of Abdul Halim, and may Allah SWT shower mercy and forgiveness on his soul and place him among the righteous. - Bernama 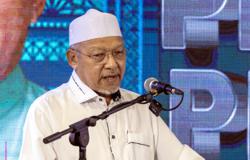