ISTANBUL: The Yang di-Pertuan Agong Al-Sultan Abdullah Ri'ayatuddin Al-Mustafa Billah Shah was conferred an honorary doctorate by Marmara University in recognition of His Majesty's contributions in the field of political science and international relations.

It was presented by Marmara University Rector Prof Dr Mustafa Kurt for His Majesty's contributions to maintaining universal peace and strengthening Turkish-Malaysian relations in a ceremony held at the university, here.

Turkish President Recep Tayyip Erdogan received his degree from the university in 1981.

In his acceptance speech, Sultan Abdullah thanked the university for conferring him the honour and said it was not only personally meaningful for him as it was also the highest honour accorded to Malaysia and its people.

"It is a reflection of the highest level of mutual recognition and respect between our two brotherly countries," His Majesty said.

As modern and progressive Muslim nations, Sultan Abdullah said Malaysia and Turkiye could forge stronger cooperation in education, adding that he believed such an initiative could be the catalyst for a unified and stronger ummah.

"As the faith spread among diverse peoples, education became an important avenue to create a universal and cohesive social order. Within this ambit, it is my fervent hope that Turkiye will welcome more Malaysian students to study in its numerous educational institutions.

"Joint researchers, scholar and student exchanges, and sharing of discoveries are some of the elements our education institutions can work on,” he said.

On the state visit, His Majesty said it was aimed at reinforcing the close brotherly ties of diplomatic relations between the two nations which had been established in 1964.

"Since then, relations have strengthened with stronger political, economic and cultural ties. The bonds between the people of Malaysia and Turkiye continue to expand with more and more visits. The increased visits and interactions would enable our two nations to identify new fields of cooperation that would benefit the people," His Majesty said.

Sultan Abdullah also reiterated his appreciation to President Erdogan for the gracious hospitality the country has extended to the Malaysian delegation during the visit.

"Under his leadership, our two countries have reached new levels of strength in bilateral ties which would benefit the people of our two nations. I pray that the Almighty would bestow His Grace and Blessing upon the Republic of Turkiye and its people," he added.

The King and Queen are on a seven-day state visit to Turkiye that began on Monday (Aug 15). - Bernama 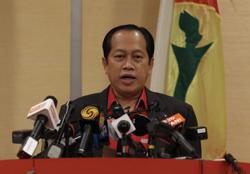 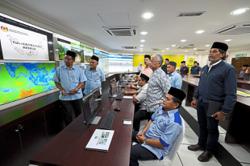