SHAH ALAM: It was a massive turn out at the Selangor chapter of the Malaysian Family Aspiration Tour.

A huge crowd gathered at the Shah Alam Stadium carnival tarmac for the event's opening of the event.

In his opening speech, Prime Minister Datuk Seri Ismail Sabri Yaakob said the Malaysian Family was introduced a year ago as a unifying tool to bring the people together.

"It was introduced on Aug 22 last year to ensure that everyone in our big family lived in harmony without taking into consideration religious as well as racial sentiments and based on the three main trusts of ‘Togetherness, Inclusion and Gratitude’," said Ismail Sabri.

He said this was not a new concept though as these qualities were immersed within the Malaysian Family given the nation's multiracial and multi-religious facet.

"If any member of our big family is faced with calamity, other family members will also feel it," said the Prime Minister.

Besides, reiterating the importance of unity, Ismail Sabri also outlined, in his speech, the government's achievements thus far.

He said various global factors had resulted in inflation as well as a hike in the cost of living and the government had initiated what was necessary to help the people cope.

"Various short, medium and long-term strategies have been implemented by the government involving cooperation of all the ministries, state governments, government agencies, and non-governmental agencies to heal the national economy," he added.

Ismail Sabri said the effort paid off with Malaysia now being the best in South-East Asia with a 8.9% growth in the nation's Gross Domestic Product (GDP) in the second quarter of this year.

He added the inflation rate was also at 3.4% which was the lowest in South-East Asia.

He said the RM77.3bil subsidy was the biggest in the nation's history.

Ismail Sabri added besides helping the people counter inflation, the subsidy also helped those requiring social welfare aid as well as help for agriculture and fishing activities among others.

According to the Prime Minister, Malaysia achieved a 44% growth amounting RM132.8bil in June 2022 in the wholesale and retail trade.

"This is the highest since 2013 with a big jump in the sale of motor vehicles," he added.

Ismail Sabri said he was confident that foreign investors would continue investing in Malaysia due to the country's policies.

Ismail Sabri added all these indicated the nation's economy was improving.

He said the government was also committed to implementing the initiatives that were previously announced.

This included the JaminKerja (job guarantee) Initiative with the aim of providing 600,000 jobs as well as setting the minimum wage at RM1,500.

He added the flood mitigation project would be expedited so that there would not be a repeat of the massive flooding.

The Prime Minister also said that as of June 2022, 14,329 houses had been built in Selangor to meet the nation's One Family One Home aspiration.

"I hope everyone will continue to support the initiatives and programmes implemented for the benefit of the entire Keluarga Malaysia," he said.

Ismail Sabri also handed over allocations from the Malaysian Family Foundation, to 10 children, who had lost a parent or both parents to Covid-19. 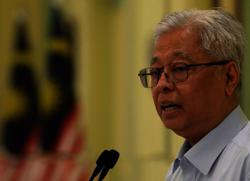 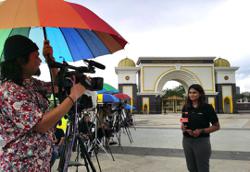