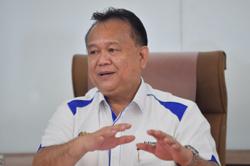 KUALA LUMPUR: The Plantation Industries and Commodities Ministry has clarified that hunting by humans was a major contributor to the decline of Bornean orangutans over the last 200 years, long before significant oil palm development began in the 1970s.

In conjunction with International Orangutan Day, which is celebrated every year on Aug 19, the ministry said allegations of palm oil being the biggest threat to the orangutans, with some quarters even going to the extent of brandishing the golden oil as an orangutan killer.

Plantation Industries and Commodities Minister Datuk Zuraida Kamaruddin said in the guise of wanting to save the orangutans, some campaigners have embarked on disseminating provocative statements that include "an area the equivalent size of 300 football fields of rainforest is cleared each hour to make way for palm oil production”, "25 orangutans are lost every day” and that "orangutans will be extinct within the next five to 10 years”.

"While it is true that orangutans in Borneo have become an endangered species, it is also equally true that many other animal species have become endangered due to the explosion of the human population on planet Earth,” she said in a statement.

Citing a study, Zuraida said changes in land and sea use in Asia Pacific make up only 43% of the factors threatening wildlife populations, while more than 50% is due to species over-exploitation, invasive species and diseases, hunting, pollution and climate change.

"In the research conducted by Statista, all wildlife - not just orangutans - are threatened across the world. They are not limited to other monkey and animal species that inhabit Borneo per se, but spread across North America, Europe, Central Asia, Latin America, Caribbean and Africa,” she said.

According to Zuraida, Malaysia has allotted 43 sq km of protected land at the edge of the Kabili Sepilok Forest Reserve in Sabah as a rehabilitation site for orangutans.

"Today, around 60 to 80 orangutans are living independently in the reserve while approximately 25 orphaned orangutans are housed in the nurseries,” she said.

The minister said the ministry has also initiated the Malaysian Palm Oil Green Conservation Foundation (MPOGCF) through the Malaysian Palm Oil Council as a sustainability platform funded by the palm oil industry through the collection of cesses to reflect the industry’s commitment towards ensuring palm oil players and smallholders remain sustainable in their practices.

"In this regard, MPOGCF is joining forces with the Sabah Wildlife Department to support wildlife rescue and conservation efforts.

"This includes the setting up of Sabah’s Wildlife Rescue Unit which was set up by the Sabah Wildlife Department in collaboration with MPOGCF, with the main task of rescuing and translocating distressed wildlife including orangutans,” she added. - Bernama