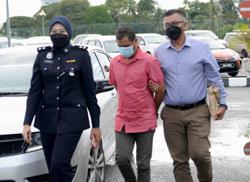 ALOR SETAR: Police have arrested a man who had attempted to impersonate the Raja Muda of Perak at the office of the Sultan of Kedah here two months ago.

The 39-year-old man is believed to have attempted to impersonate the Raja Muda of Perak when he appeared at the office of the Sultan of Kedah here at about 11.30am on June 28.

He was detained at the Kota Setar district police headquarters at about 5.30pm on Wednesday (Aug 17) and had been placed under remand until Aug 21, said district police chief Asst Comm Ahmad Shukri Mat Akhir.

"Based on information received, the man appeared with two women and produced a yellow-coloured card when introducing himself.

ACP Ahmad Shukri said checks with the Perak Protocol and Ceremonies Division however confirmed that there was no member of the Perak Royalty who goes by such name, title and identity card number.

He said police were now looking for the two women who accompanied the man.

The case is being investigated under Section 420 of the Penal Code. -Bernama 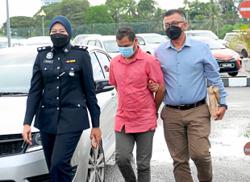