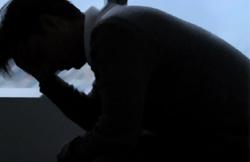 Waiting for more: The shelf of a pharmacy in Taman Nong Chik, Johor Baru that has been emptied of paracetamol medication.

JOHOR BARU: Pharmacies here are facing a shortage of paracetamol as demand for the drug commonly used to relieve headaches and fever has skyrocketed over the past few months.

A check at pharmacies around Johor Baru found most shelves emptied out, especially for leading brands.

Pharmacist G. Navin Shankar, 31, said that the shortage has become more severe over the past few months.

“The demand for paracetamol has been on the rise since last year but the situation has got worse lately.

“We have been running out of the drug for close to two months and prior to that, the stock we received is also a lot less compared to pre-pandemic times.

“For example, if we used to get about 100 boxes last time, now we are only getting about 10 boxes,” he said at a pharmacy here at Taman Nong Chik.

“At the moment, we have run out of flu, fever, cough, diarrhoea and anti-inflammatory medications.

“For paracetamol, we have some stock left of lesser-known brands. However, it still works the same as the leading brand. We notice that herbs that are commonly used to relieve fever and cough are also in high demand since the influenza outbreak,” she said.

Another pharmacist who only wanted be known as Tan said the paracetamol supply has shrunk significantly since the beginning of this year.

“The supply for fever, flu and cough medicine has also dropped since around April.

Checks for paracetamol at convenience stores, including those at petrol stations, also found most shelves emptied.

On Tuesday, Health Minister Khairy Jamaluddin said in Parliament that the sales of paracetamol jumped by 238% in the first quarter of this year compared with the previous year. 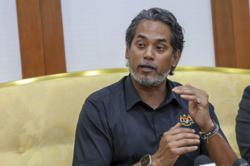