KOTA KINABALU: Gabungan Rakyat Sabah (GRS) coalition remains optimistic for a consensus with its allies on seats to be contested to avoid a free-for-all in Sabah during GE15.

GRS secretary-general Datuk Seri Masidi Manjun said they were hopeful that Sabah Barisan Nasional would reach a compromise with them over the 25 parliamentary seats in the state.

However, he said that GRS was prepared for the possibility of a "free-for-all".

"Let us unite our politics for the first time. Our issue should not be about Bersatu vs Umno or Besatu vs Sabah STAR or anything like that.

"Our issue is to put aside our differences for Sabah's betterment," he told reporters after opening an anti-corruption forum here on Wednesday (April 17).

The five seats sought by Barisan were won on Umno tickets in the 2018 General Election whose incumbents left to join Bersatu which spread its wings to Sabah in 2019.

He said that they hoped negotiations with Barisan would see a win-win for parties which currently make up the state GRS-Barisan state government.

"We are still negotiating. If we can, we also want to contest 14 seats," he said, adding seat allocation should be fair.

On GRS deputy chairman Datuk Seri Dr Jeffrey Kitingan's recent statement that he saw the possibility of a free-for-all as the political situation in Kuala Lumpur is fluid, Masidi said GRS was prepared for this.

"We need to get more from the Federal Government and the best way is for Sabahans to unite. Forget about party affiliations and show KL that we are united.

"In Peninsular Malaysia, they can afford to fight amongst each other because they are well-developed. Just look at their roads.

"But are we in the same position here in Sabah? What's more important to us is to develop Sabah," he added. 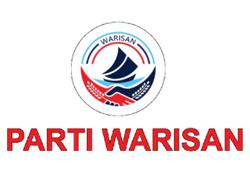