JOHOR BARU: A female student from a university college here has claimed on social media that she has been harassed by a male student for months.

The Southern University College (SUC) student, who remained anonymous, detailed her experience on an unofficial community Facebook page, claiming that the male student first approached her in February via social media.

"He kept asking me to go out and even asked whether I wanted to have sex with him.

"After I blocked his account, he started making lewd remarks on my boyfriend and friends' social media posts," she said in a Facebook post on Aug 12.

She said she then called him to tell him off before reporting his account to social media platforms.

The student said she did not make a big deal out of the matter initially but said the male student started approaching her again on social media using multiple fake accounts.

She said she wanted to publicise the matter so other students – both female and male – are warned of such persistent behaviour.

Meanwhile, SUC's management acknowledged the matter and released a statement on its Facebook page on Tuesday (Aug 16), saying that an internal investigation had been launched to look into the claims.

"Following a complaint lodged by the SUC Student Union, the management began the investigation process by calling in several students for questioning in efforts to learn more about the incident.

"We will coordinate and be in touch with the student union throughout the investigation process," the statement read. 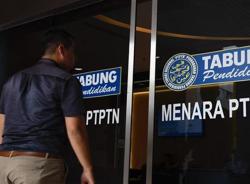