KOTA KINABALU: Enforcement officers have detected yet another activity related to the misappropriation of subsidised diesel with the recovery of 5,000 litres of the fuel in Sabah’s interior Keningau district.

This followed the success by the Domestic Trade and Consumer Affairs Ministry in the fight against the illegal sale of controlled goods especially subsidised fuel in various districts in Sabah the past month or so.

In the latest bust on Tuesday (Aug 16), personnel from the Sabah office had monitored the movements of people and vehicles at a plantation in Kampung Biah before making their move.

The ministry’s Sabah director Georgie Abas said his men found the diesel kept inside a tanker lorry and a host of oil drums which they believed were meant to be sold illegally to industries in the 7.45am raid.

Besides that, he said, they also found three other lorries and a skid tank, adding the items were worth RM128,750.

“We also detained a local man who was found busy transferring the controlled goods when we raided the area,” he said, in a statement.

Based on the initial statement given by the suspect, he said, the man did not have any valid document or permit to allow him to keep the goods at the location. Georgie said the case was being investigated under Section 21 of the Control of Supplies Act 1961 for having controlled goods and intending to commit an offence with the items as well as not having a valid licence.

He added the case will also be probed under Section 20(1) of the same Act for storing the goods at a location with the proper approval by the authorities.

Under the Control of Supplies Act 1961 (Act 122), he explained that anyone found guilty will be liable to a maximum RM1mil fine, further fines of up to RM3mil for any subsequent offence, or three years’ imprisonment, or both.

“As for companies, those proven to have run foul of the law can be subjected to a maximum fine of RM2mil as well as a maximum RM5mil for any subsequent offence,” he said.

Georgie warned the ministry will also not hesitate to suspend the licences of fuel stations that were suspected of being involved in misappropriation until the probe is completed.

“The ministry will continue to monitor the situation closely as well as carry out regular inspections to prevent the misappropriation of subsidised fuel in Sabah,” he said. 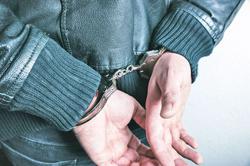 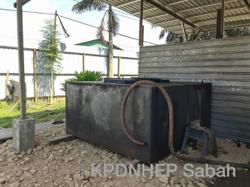