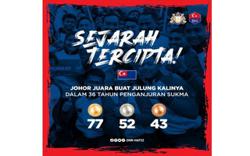 JOHOR BARU: The public has been reminded not to believe a fake viral message claiming that starting November, Johor’s rest days will be changed to Saturday and Sunday from the current Friday and Saturday.

State health and unity committee chairman Ling Tian Soon dismissed the message, saying that nothing has been confirmed as Mentri Besar Datuk Onn Hafiz had just presented the findings on the changing of weekend rest days to the Sultan of Johor.

He said the spread of such fake news, which was heavily shared on social media, could cause confusion among the public.

“The public should not believe the fake news and my advice is to stop circulating the message as well. Just wait for an official announcement from the authorities through the proper channels,” he said.

The circulated message, in English and Chinese, claimed the state government had confirmed that starting November, all schools and government departments would operate from Monday to Friday and that rest days would revert to Saturday and Sunday.

On Aug 10, Onn Hafiz said the findings on the changing of the state’s rest days had been presented to Sultan Ibrahim Ibni Almarhum Sultan Iskandar for consideration.

According to Onn Hafiz, the findings were compiled following meetings and discussions with relevant stakeholders: the government, public, education and industry, including the banking sector and the Malaysian Employers Federation.

Meanwhile, Ling said about 90% of the private sector was hopeful for the reorganisation of weekends to Saturday and Sunday.

“Many, especially young couples, want to spend more time together on weekends while the Education Department’s feedback showed students were mostly absent on Sunday.

“From the economic perspective, many companies want Johor’s weekend to align with the federal rest days for more convenience and smoother operations,” he added.

Ling said it was undeniable that there were those who wanted the state’s rest days to remain at the current Friday and Saturday.

He cited examples of those working in Singapore, who found it easy to return to Johor and run errands at government agencies on Sunday without having to take leave from work.

He said the Johor government’s secretariat was preparing a more detailed analysis and feasibility studies about the matter.

All departments and agencies have been told to exercise caution when presenting their analysis and recommendations as any changes – or no change – would have a huge impact on the people, he said.

“After that, the recommendations will be brought to the state assembly for discussions. It will then be presented to His Majesty before a final decision can be made,” he added. 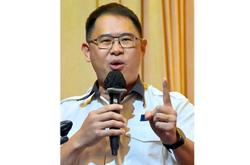