Comptroller of the Royal Household for Istana Negara Datuk Seri Ahmad Fadil Shamsuddin said it was the first audience with Sheikh Mohammed.

Sheikh Mohammed, who is also Foreign Affairs Minister, was in Malaysia on a two-day visit as part of his official trip to Asia.

Ahmad Fadil said that during the 30-minute audience, Sultan Abdullah and Sheikh Mohammed discussed, among others, the close bilateral relations between Malaysia and Qatar, which were established since 1974.

“The two leaders also touched on efforts to strengthen trade and economy between the two countries, including on a proposal to enhance ties to a level of strategic partnership in the future,” he said in a statement yesterday.

According to Bernama, Ahmad Fadil said Sultan Abdullah also expressed hope for more companies from Qatar to continue to invest and expand their business in Malaysia, including in real estate development.

“It includes cooperation in the development of vaccines, anti-viral drugs and the sharing of experience, research and expertise,” he said.

Ahmad Fadil said in 2021, Qatar was Malaysia’s sixth largest trading partner and export destination, as well as import among the West Asian countries.

Despite the economic challenges due to the pandemic, Malaysia’s total trade with Qatar in the same year increased by 24.4% to US$634.2mil (RM2.8bil), he said.

“His Majesty was a member of the executive committee of the International Football Federation (FIFA) from 2015 to 2019,” he said, adding that Qatar was the first Muslim country and the first Middle Eastern country to be chosen to host the FIFA World Cup.

During his stay, Sheikh Mohammed also paid a courtesy call on Ismail Sabri at his office in Putrajaya.

The Prime Minister tweeted that he appreciated the exchange of views with the Qatari leader on issues of interest to both countries. 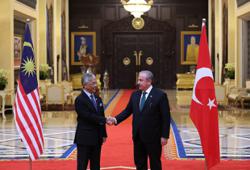 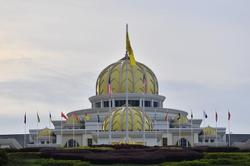