KUALA LUMPUR: Sarawak Report editor Clare Rewcastle-Brown’s application to refer her two legal questions on the constitutionality of her criminal defamation charges to the Federal Court was “premature”, ruled the High Court.

Justice Mohamed Zaini Mazlan said her application to transfer the case from the Magistrate’s Court to the High Court must be heard and disposed of first.

On Sept 23 last year, Rewcastle-Brown was charged in absentia in a Terengganu Magistrate’s Court with criminally defaming the Terengganu Sultanah through contents of a book on the 1Malaysia Development Bhd (1MDB) scandal.

The alleged defamation was via a line in page three of Rewcastle-Brown’s book The Sarawak Report: The Inside Story of the 1MDB Expose that had mentioned “the wife of the Sultan”.

On March 28 this year, Rewcastle-Brown filed an application to transfer the case to the Kuala Lumpur High Court on grounds that she would not have a fair and impartial trial at the lower court as the complainant in the case was the Sultan of Terengganu himself.

In her supporting affidavit, she said the Sultan was the Ruler in the state who wields considerable influence and there is potential pressure or unwarranted influence to “ensure” a conviction against her.

In the same application, Rewcastle-Brown sought to quash the charge against her on the basis that the charge is mala fide (bad intention), malicious in nature, an abuse of court’s process, contemptuous and an abuse of prosecutorial powers.

Before the application could be heard before Justice Mohamed Zaini, Rewcastle-Brown, however, applied to refer her two questions to the apex court.

“Although the applicant’s application for transfer is patently fixed for hearing in this court, the (transfer) application has yet to be judged.

“The court has not decided whether to allow the case against the applicant to be transferred and heard in the Kuala Lumpur High Court.

Should the applicant succeed in transferring her case to the High Court, the judge said Rewcastle-Brown could then make the application to refer her legal questions under Section 84 of the Court of Judicature Act (CJA) 1964 in that particular court.

“I am therefore directing that the application to transfer be heard and disposed of first without prejudice to the applicant’s application under Section 84 of the CJA.

“The applicant is at liberty to make the same application if her case is transferred to the High Court,” he said.

Rewcastle-Brown’s book is also the subject of a defamation lawsuit filed by the Sultanah on Nov 21, 2018. Other defendants are publisher Gerakbudaya Enterprise and printer Vinlin Press Sdn Bhd.

The Sultanah is seeking general damages of RM100mil from each defendant, among others.

The lawsuit is currently in its hearing stage. 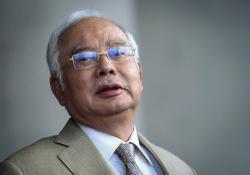