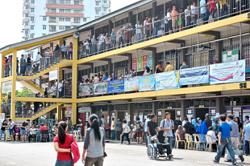 Improvements in postal and early voting systems were those that were viable to be carried out especially when Covid-19 pandemic was still a risk, said Bersih steering committee chairman Thomas Fann.

"One way is to expand absentee voting rights to east Malaysians who are living in Peninsular Malaysia, so they don’t have to travel through the South China Sea (to fly back to their hometowns), but can vote as early voters in the Peninsular. That is something EC can do.

"For postal votes itself, the EC can use new technology - in other words allow people to download ballots electronically from the MySPR website so that they can print out and mail it back to their respective returning officer.

"They have to do this first before they start looking at e-voting," he said when met at the townhall and forum on voters supremacy organised by Bersih here on Saturday (Aug 13).

The challenge for the next GE was to increase turn up, said Fann, which EC must take seriously.

"If they don’t improve on this, voter turnout would be low like 55% or 60%, which is unacceptable," he added.

He also believed that adopting e-voting was also just a matter of time, especially after learning from other countries’ experiences.

"I think it is inevitable that all of us will be able to use electronic voting safely and conveniently, but also securely in future. But we have to take one step at a time," he added.

Meanwhile, Institute for Development Studies (IDS) Sabah chief executive officer Assoc Prof Dr Ramzah Dambul who was a panel speaker, said those who stay outside their home town, might also change their voting location to their current place of residence, which would increase voter turnout.

"Also sometimes if you are working and living elsewhere, you might not be aware of the happenings on the ground where you are registered to vote.

"But yes sometimes people have a strong association with their home towns and this is a reason to stick with it. So the voting system should support this and make voting easier for them," he added.

Dr Ramzah also agreed that electronic votes was the way forward especially with biologic threat risks like Covid-19 at present.

He concluded that what the country needed was stability, which was waning with the continued political bickering between the government and opposition.

"The instability made a huge impact on the operation of the civil service system.

"It also translated to the voting trends where there are three important ones; voting based on party, on candidate or on issues.

"But for the last five years it has changed. Voting based on party or candidate is only now at 10% to 15% while voting based on issues are at a higher percentage, at 40% to 60%," he said, adding that 'fence sitter' voters had also grown to 30%. 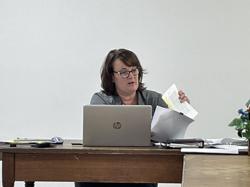 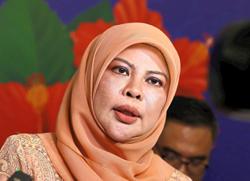