"The total loss from the suspected electricity theft was estimated at around RM201,129," he said.

He added that they had also seized 10 crypto mining machines worth RM13,500 during the 12.30pm raid.

The case is being investigated under Section 379 and 427 of the Penal Code.

A day earlier, the same teams had also successfully busted a cryptocurrency mining syndicate that used illegal electricity sources resulting in a loss of up to half a million ringgit to the utility company.

A total of 34 units of cryptocurrency mining machines estimated to be worth RM38,000 were confiscated from the suspects. 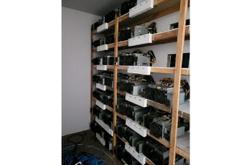