PUTRAJAYA: Operating hours at Immigration passport issuing offices in Peninsular Malaysia have been revised following a decline in passport applications at night.

The operating hours at all immigration state and branch offices will be from 8am to 7pm on working days, effective Aug 15.

For Perlis, Pahang, Terengganu and Kedah, operating hours will be from 8am to 5pm.

These offices will be open on Saturdays from 8am to 12.30pm except in Perlis, Pahang, Terengganu and Kedah.

Immigration offices located at the Urban Transformation Centres will operate from 8am to 9pm on weekdays except in Perlis, Pahang, Terengganu and Kedah, which will open until 5pm.

During weekends, offices at UTC will open until 5pm.

Immigration director-general Datuk Seri Khairul Dzaimee Daud said the department had extended its operating hours since April due to a surge in applications for the Malaysian international passport.

Offices with a high volume of applications, including Putrajaya, Kuala Lumpur and Selangor were open until 10pm.

"We are revising the operating hours as the number of applications for passports made at night is showing a downward trend," he said in a statement.

Khairul Dzaimee reminded those who made an online application to renew their international passports to collect the travel document as soon as possible.

He said there are currently more than 9,000 passports that have been printed which have not been collected by the applicants.

No slots for passport renewal

Many frustrated with passport renewal problems 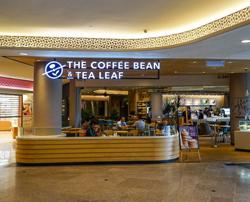