The Fire and Rescue Department director-general said the firemen are expected to begin their service on Aug 16.

"We have recently provided training to some 690 firemen who would be deployed to fill in vacancies at fire stations nationwide, especially at critical positions," said Mohammad Hamdan.

He said this to reporters on Thursday (Aug 11) when met after attending the appreciation ceremony for outgoing state fire and rescue department director Datuk Yahaya Madis.

Mohammad Hamdan also noted that this is one of the biggest intakes of trainee firemen for the country.

"Our annual intake has been postponed for about three years due to the Covid-19 pandemic and as we were busy with other commitments, including disaster management.

"As such, the intake this time involved a larger number. This is crucial to fill vacancies in new fire stations as well as to replace retiring firemen," he said.

He added that between 200 and 300 reach retirement age annually.

On a separate matter, Mohammad Hamdan also said that the department has identified flash flood and forest fire hotspots in the country.

"We have identified the hotspot areas for flash floods, storms and areas that frequently receive heavy rain. We are also monitoring the water level with other relevant agencies and are prepared in terms of assets and human resources," he said.

He added that the Department has noted that several forest fire incidents have been reported and personnel have been deployed to these locations.

"We will continue to monitor the situation to ensure that the situation would not get to an extreme level that could harm the environment and public health," he said.

Mohammad Hamdan also expressed his gratitude to Yahaya for his service of over three decades to the Department.

He added that state Department deputy director Rizal Buang would be the acting director for the time being. 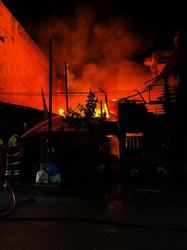 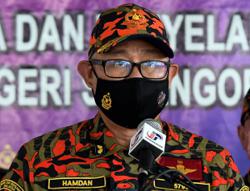