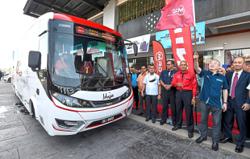 KOTA KINABALU: A new public bus transport system in the state, which is expected to start operations in September this year, is set to improve the quality of services for commuters.

In a statement, he said this is to allow the transition to be easier for bus operators, drivers and the public.

He said a single consortium has been appointed to manage this new system in Kota Kinabalu and its surrounding districts.

“Based on the Sabah CVLB record, there are a total of 673 units of buses in the city and its surrounding districts. This comprises 267 units in Kota Kinabalu, 154 in Tuaran, 87 in Penampang, 68 in Putatan and 97 units in Papar and Kimanis,” Chin said.

He said the huge number of stage buses owned individually are causing issues to existing operators such as unstable income, tough competition among individual licence holders, and lack of confidence among users.

“When people are not confident in the services provided, many opt not to take stage buses and this is causing congestion at bus stations,” he said.

He said the CVLB will continue taking proactive steps to ensure that this new system would benefit both operators and users.

Previously, Tanjung Aru assemblyman Datuk Junz Wong had a meeting with a group of bus drivers who expressed their concerns about the new system, whether it would affect their livelihood.

Wong had called on the government to have further discussions with the bus operators and to get their feedback before implementing it.

“CVLB Sabah has actually issued an earlier notice on Aug 26, last year about this expected change and we also had a meeting with government agencies on the matter in March last year,” Chin said.

Chin said four committees were subsequently set up with officials from various departments such as the City Hall, Sabah Local Government and Housing Ministry, Works Department and the Public Works Ministry.

He said the setting up of these committees were to ensure a smooth and efficient implementation of the new system.

He said the implementation of this new system would be in line with the Sabah Maju Jaya initiative that focuses on development and improvement of various facilities for the people.

“Before we made any changes, we had held several meetings and programmes with the stakeholders including bus operators, association members and the public,” Chin said.

The new system started in Johor Baru in February this year.

“I hope to get the support and cooperation when this system is implemented in Sabah,” Chin said, adding there will be challenges and issues to address during its early implementation.

He hopes these issues will be solved and looked into together, for the betterment of operators, users and the public transport system in Sabah. 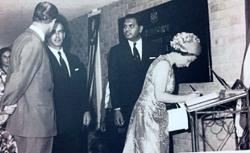