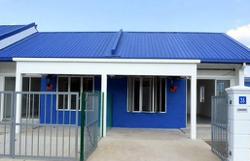 KUALA LUMPUR: Residents of the people's housing projects (PPR) and public housing (PA) in the federal capital can now enjoy rewards in the form of basic necessities by sending recyclables to 1Komuniti 1Kitar Mula (1C1R) kiosks.

Among the recyclable items that can be sent to the kiosks, which operate twice a week according to a timetable, are aluminium cans, paper, plastic and used cooking oil.

Kuala Lumpur mayor Datuk Seri Mahadi Che Ngah said the static kiosk facilities have been installed at the PPR Seri Alam in Pudu, PPR Beringin in Jinjang and PA Seri Kota in Bandar Tun Razak to inculcate the recycling habit among the population and reduce the generation of solid waste in high-density areas.

Mahadi said residents can get rewards in the form of basic necessities such as condensed milk, sugar, wheat flour and cooking oil by collecting and exchanging reward points for each recyclable item brought to the kiosks.

"For example, for 5kg of used cooking oil, we can get three new 1kg bottles of cooking oil in return and (this is better) than dumping it and affecting the environment.

"The move can also help ease the burden on people (through rewarding them with basic necessities), especially the B40 group in PPR and PA projects in the city,” he told reporters after launching the 1C1R kiosk at PA Seri Kota here on Tuesday (Aug 9).

The initiative is implemented in collaboration with Berjaya Enviro Parks which will help in terms of giving rewards for the environment programmes organised by Kuala Lumpur City Hall (DBKL).

Mahadi said DBKL will soon expand the static kiosk facility to other PPR and PA projects as well as areas with high population density.

He added that the cost of solid waste management and public cleaning in the city now almost reaches RM300mil a year with the generation of 2,200 metric tonnes of solid waste per day.

"The cost (of transporting) solid waste from around Kuala Lumpur... to the landfill in Bukit Tagar, Hulu Selangor can be reduced and the cost of paying companies to manage waste can also be saved,” he added. – Bernama 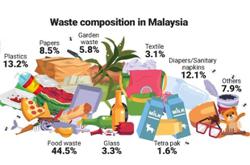 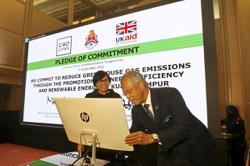