KANGAR: Some 31 projects or 50.8% of the planned projects for public facilities in rural areas in Perlis were not carried out by the District Development Division (BPD) and the Kangar Municipal Council (MPK), according to the Auditor-General's Report (LKAN) Year 2020 Series 1.

The report suggested that BPD and MPK ensure that project implementation took into account the real needs and demands of the local population, by carrying out questionnaires and feasibility studies before finalising a project.

"Overall, based on the scope of the audit, it was concluded that the output performance of urban and rural public facilities is good and meets the needs as well as benefits the local population.

"But there are some things that need attention for improvement," according to the report.

In addition, the report also suggested that a platform be provided to make it easier for local residents to submit complaints and make applications.

Meanwhile, the report on the Activities of Agencies and the Management of Perlis state government companies also stated that the Kolej Universiti Islam Perlis (KUIPs) has achieved the objective of its establishment.

However, several weaknesses were also found, including not reaching the target number of new students between 2018 and 2020.

The report recommended that the Board of Directors of KUIPs take proactive and effective measures to overcome these weaknesses, such as conducting a study on the effectiveness of marketing and promotional activities to increase student enrollment.

"Policies related to student accommodation and fee payment should be enforced to avoid losses to operating costs and reduce fee arrears by students," it said. - Bernama 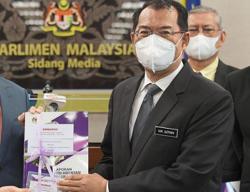 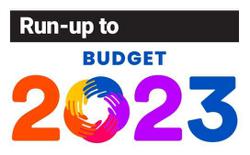