KUALA LUMPUR: The Constitution (Amendment) (No.3) Bill that prohibits Members of Parliament from switching parties does not apply to senators or the members of Dewan Negara.

Prime Minister Datuk Seri Ismail Sabri Yaakob when tabling the Bill for the second reading at the Dewan Negara on Tuesday (Aug 9) said the matter was agreed upon by the Special Select Committee after taking into consideration several inputs.

"This is because there are two categories of members of Dewan Negara, namely those appointed by the Yang di-Pertuan Agong and those selected by their state based on their membership in the state legislative assembly representing their respective political parties.

"Therefore, the provision to ban party-hopping at this level does not apply to the members of Dewan Negara, taking into consideration several aspects of the legislation at the state level, other than the fact that it requires consultation and consent from the Yang di-Pertuan Agong if it involves members who were appointed by the Yang di-Pertuan Agong.

"All senators and other stakeholders would be provided with explanation through an engagement session first before the amendment to the Constitution on party-hopping be made for members of Dewan Negara,” he said. - Bernama 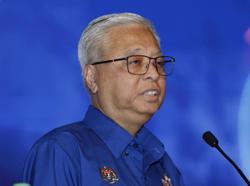