GEORGE TOWN: A motorist was injured after his car collided with a lorry on Monday (Aug 8).

A Penang Fire and Rescue Department spokesman said the 44-year-old victim was trapped in his car after the collision and suffered injuries to his right hand.

"We received a distress call at about 10.50am and a team of firemen from Jalan Perak were dispatched to the location," he said in a statement.

He said the victim was driving on the Tun Dr Lim Chong Eu Expressway towards George Town when his car hit the right side of the lorry.

The spokesman said the firemen used special rescue equipment to extricate the victim.

He said the victim suffered a broken right hand and paramedics treated him at the scene before sending him to Hospital Penang.

The operation, led by senior officer II Fairol Mahazi Malek, ended at 11.22am, the statement added. 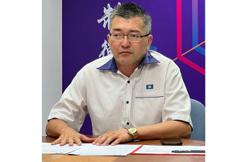