SEPANG: The Immigration Department will give its full cooperation to the special committee formed to investigate allegations that a high-ranking civil servant publicly berated one of its officers.

"I cannot comment much as a special committee is investigating the matter now," its director-general Datuk Seri Khairul Dzaimee Daud told reporters at the Kuala Lumpur International Airport(KLIA) on Monday (Aug 8).

"What I can say is that we will cooperate with them in their probe," he added.

It was reported that a committee chaired by Attorney General Tan Sri Idrus Harun was formed to investigate the allegations.

In a statement on Sunday (Aug 7), Chief Secretary to the Government Tan Sri Mohd Zuki Ali said the committee was set up following the Cabinet meeting on Friday (Aug 5).

"It will conduct an in-depth investigation to provide due judgment in the matter.

"The outcomes and recommendations of the investigation will be presented to Prime Minister Datuk Seri Ismail Sabri Yaakob for further consideration," he said on Sunday (Aug 7).

Mohd Zuki added that the committee will be meeting immediately following its formation.

On Wednesday (Aug 3), the Malaysian Immigration Authorities Association and Peninsular Malaysia Immigration Service Union released statements on the incident, with alleged accounts of what transpired making the rounds on social media.

The KLIA Immigration Operations head was said to have been at the receiving end because there were no Immigration officers stationed at the VIP lane between 8.40am and 9.40am on Wednesday.

The Public Service Department (PSD) had dismissed claims that its director-general publicly berated an Immigration officer in public and described such allegations as baseless and maliciously intended to tarnish his image as a high-ranking government official. 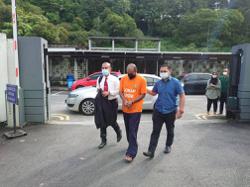 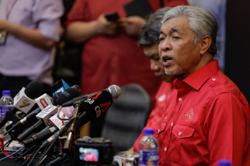