KUCHING: Seat negotiations between DAP and Parti Sarawak Bersatu (PSB) for the coming general election have reached a stalemate over PSB's demand to contest in one of the seats held by DAP.

Sarawak DAP chairman Chong Chieng Jen said the negotiations should only involve the seats not won by the Opposition in the last polls, while the seats currently held by both parties were off limits.

"So far, PSB has demanded to contest in one of our incumbent seats, which I think is not a reasonable demand.

"That means we have to drop one of our existing MPs to make way for PSB.

"That is holding us to ransom. If we were to work together, there must be sincerity," he said, according to local media reports.

Chong added that DAP was not demanding to contest in Selangau, which is held by PSB's Baru Bian, or in Lubok Antu, where PSB had announced its intention to field a candidate.

She told DayakDaily that since DAP could not give up Sibu, PSB had made it clear negotiations were no longer needed.

DAP and PSB entered seat discussions earlier this year on the basis of wresting as many seats as possible from Gabungan Parti Sarawak (GPS).

DAP currently holds six of Sarawak's 31 parliamentary seats while PSB has one. 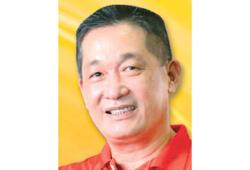 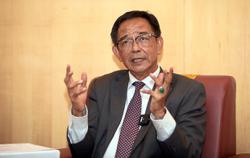