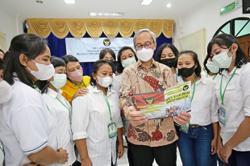 PETALING JAYA: The long wait for domestic workers from Indonesia may be coming to an end soon.

This comes after the Indonesian Ambassador to Malaysia, Hermono, announced that around 23,000 Indonesian domestic workers (PDI) had been processed and approved for matching with Malaysian employers.

He said the workers would be coming in stages, starting in mid-August.

“The pilot project through the One Channel System (OCS) will start in mid-August when the platform is ready.

“But we’ve already processed the requests manually using the embassy’s platform,” he said.

On July 28, Human Resources Minister M. Saravanan and Indonesian Manpower Minister Ida Fauziyah said in a joint statement that a joint technical team would carry out systems integration between that operated by Malaysia’s Immigration Department and the online one operated by the Indonesian Embassy.

Currently, the system is yet to be operational, and all applications are manually processed by the Indonesian Embassy.

Hermono said he hoped that with the completion of the integration between the systems that formed the OCS, applications could be processed faster to cater to the volume.

The three-month pilot project was put in place to ensure the smoothness and reliability of the OCS.

It is understood that the first batch of eight PDIs who arrived in the country last Monday will be among the first to be employed under the new agreement inked by Malaysia and Indonesia.

The memorandum of understanding (MOU) on the Employment and Protection of Indonesian Domestic Workers was signed on April 1.

There was a temporary freeze on Indonesian migrant workers following an alleged breach of the MOU due to the usage of Sistem Maid Online (SMO) that was claimed to be associated with human trafficking.

Hermono said the next batch would fly in for deployment to Penang next Monday, although the number had yet to be confirmed.

Through the MOU, PDI will be able to earn a minimum wage of RM1,500 to be paid by the seventh of every month, work only according to their job scopes, and enjoy a day off per week.

It also outlined wage guarantees as an additional 5% of the total unpaid wages in compensation if the wages are not paid on time. Failure to pay wages for two consecutive months will give the domestic workers the right to terminate their employment contract.

However, in the MOU copy sighted by The Star, employers are still accountable to pay any outstanding wages and compensation despite termination of the employment contract.

A minimum household income of RM7,000 has also been set to ensure employers can meet their domestic worker’s salary. 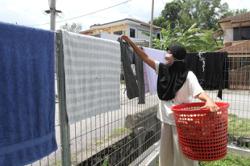 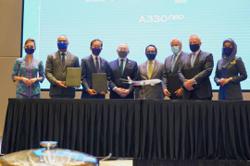