Over 1.1 million youths eligible to vote as of June, Dewan Rakyat told

Deputy Minister in the Prime Minister’s Department Datuk Mas Ermieyati Samsudin, citing figures from the Election Commission (EC), said the figure makes up 5.4% of the total number of 21,113,234 eligible voters.

ALSO READ: Getting youths ready for the polls

Mas Ermieyati said the EC, through its Election Academy, had organised programmes to educate voters since 2017 in an effort to spread awareness of the importance of democracy, the election process and voting responsibilities.

She noted that voter education was not the EC’s responsibility alone, as all political parties had a duty to spread awareness on the importance of voting.

“I will need all of the MPs' help so that together, we can cooperate and spread awareness to encourage people to come out and vote,” she added.

First-time young voters will have big impact in GE15 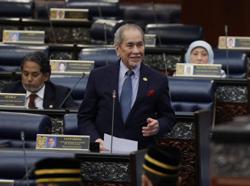